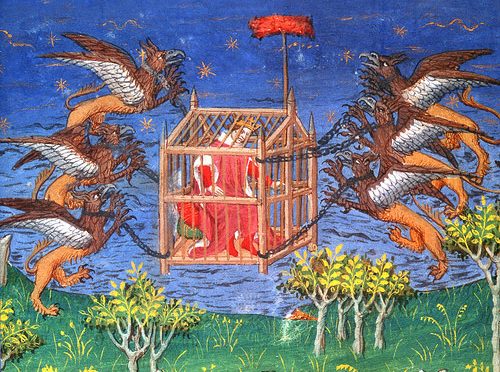 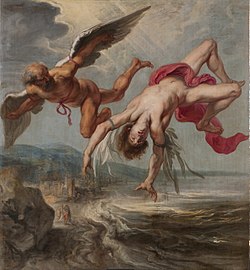 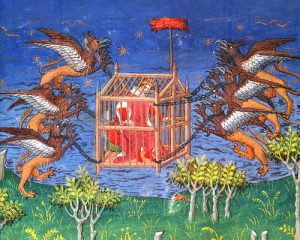 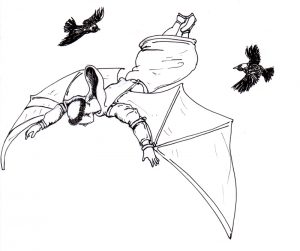 In a couple of weeks on Saturday 9 September I’m telling stories, Roman Wonders, as part of the Gloucester History Festival. Last year I was there telling Gloucestershire tales with Inkubus Sukkubus, but this is a little different – the brief was to tell stories of Roman invention and innovation for a family audience. So what did the Romans invent? I didn’t want to tell stories of siege engines or roads, so I looked further afield until I found what I wanted – steam engines, vending machines and robots!

In the course of researching content for the show I was suddenly reminded of a Roman period inventor who would be able to supply the kind of Roman Wonders I wanted. His name is Heron (or Hero – from the Greek word meaning ‘protector’ or ‘defender’, not the bird.) and he lived Alexandria, probably around the first century AD, and he designed steam engines and We don’t know much about the man than that – and even that is debatable, with dates given for him between 150 BC and 250 AD! He was probably a Greek. After all, Alexandria, founded by a Macedonian king in 331 BC, was the capital of the great Hellenistic state that only came to an end in about 30 BC after Cleopatra VII’s death, when Egypt was annexed into the Roman Empire by Octavian.

Alexandria was an exciting place to be if you were a thinker or an inventor. The great museum (or mouseion – not the kind of museum I work in – but rather a shrine to the muses) there had been founded by the first Hellenistic kings, Ptolemy Soter, who may, like his friend and king, Alexander the Great, have been taught by the philosopher Aristotle. Ptolemy had travelled the world with Alexander, and seems to have shared his love of learning. It amassed as much of the knowledge of the ancient as it could. Unfortunately, its library was burnt down (probably…) during the war between Julius Caesar and Pompey in 48 BC… The library rose, phoenix-like, from the flames, and by Heron’s time it was flourishing again. The museum was a research institute and university, and Heron taught there. As we don’t know anything about his life, we can imagine a comfortable life for him, with a tenured position at the museum, some teaching, a lot of writing, and a lot of experimenting and completing commissions of his machines for temples and theatres and other clients.

He certainly wrote a lot – and here I am coming up against the fact that I didn’t even do physics gcse. He wrote on hydraulics, pneumatics, mathematics – and automata. He’s said to have invented the windmill, but typically, this innovation that would change the world he used to power a musical organ. Indeed, our Heron seems to have had a latent desire for the theatre as his inventions are extremely theatrical.

Simpler designs include mechanical birds that could sing and flap their wings – there was even one that protected her family of chicks from a snake! These were powered by either air or liquids, and are toys, curiosities:

Some of his most complex designs were whole mechanical theatres. To our jaded eyes these seem very simple, but imagine yourself back to the time of Heron and it would truly be a wonder. It moves by itself! Fires are lit! Water pours! The figures move! Music plays! This video, from the Kotsanas Museum of Ancient Greek Technology, shows a recreated model of the Dionysus theatre:

However, among these less practical items, there are one that would have provoked religious awe. It seems that Heron was supplying the Alexandrian temples with the means making their parishioners believe that supernatural forces were at work… For example, Heron invented the first automatic doors. Today, we don’t think when a door opens in front of us, but then, the only way to open a door would have been with manpower … unless it was godpower that was doing it. Or mechanics. Outside, under the portico of a temple, there would have been an altar fire where sacrifices could be seen even by those who couldn’t go in the temple. Heron cleverly linked up the lighting of the fire with the opening of the door using weights and counterweights. Here’s a little video, part of an Ancient Discoveries programme by the History Channel:

Perhaps his most famous invention, however, was a steam engine. It’s called an aeolipile, and it works by heating up water and forcing the steam through two jets, which cause the ball to spin around.  Here’s Charles Baetsen’s recreation of it:

As it is, it’s a toy, but imagine if Heron had applied it! We might have had an industrial revolution nearly 2000 years before it actually happened. Admittedly, it’s probably very good for the earth that that didn’t happen, but I can’t help envisaging an alternative steampunk past that isn’t Victorian in style, but rather Roman. Crack out your togas, reenactors!

If you’d like to find out about these ancient technologies, and more tales besides, come and join me for my family friendly storytelling show as part of Gloucester History Festival at 3.45pm on Saturday 9 September at Blackfriars, Gloucester. It’s free! I’ll be blogging about the other tales I’m telling over the next couple of weeks – so come back to the blog for tales of Alexander the Great, the Roman god Vulcan and Aesop and more!