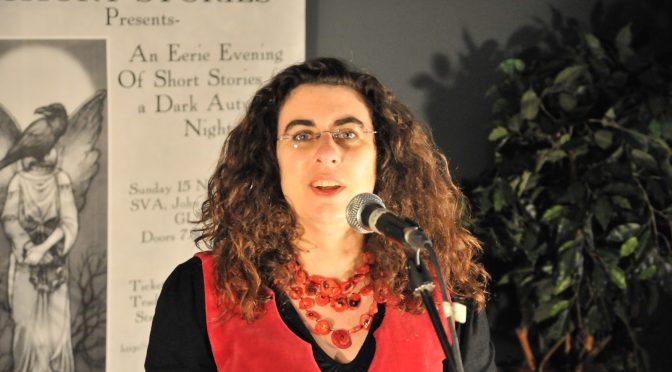 Hi, I’m Kirsty Hartsiotis. I’m a writer, a storyteller and a museum curator. This blog gathers together all of my interests in one place – a palace of memory. I write a lot about folk tales and the histories, places and personalities behind them. I write about the British Arts and Crafts Movement and its designers and artists – and about William Morris in particular. I write about my own writing, and sometimes other people’s. I write about storytelling, and, yes, I do advertise it too!

I’ve written a number of books of folk tales, and contributed to others – you can see them in the right hand menu. Digging into the tales of England (and other places, particularly Greece) and teasing out the tales into ones to tell and write gives me enormous pleasures, but visiting the sites and discovering the backgrounds behind the tales is almost as much fun. You’ll find a lot of blogs that reveal the hidden histories behind our local folk tales here.

As to storytelling, I’ve been a professional storyteller for well over 15 years now, performing alone and with my group, Fire Springs. Fire Springs is a six-strong loose collective of storytellers and musicians. We’re all writers, too! The blog does advertise our events up and down the country, and the regular events we hold in Bath, Swindon and Stroud. You can find out all about my work as a storyteller on my website: www.kirstyhartsiotis.co.uk

And William Morris? I love William Morris. I’ve been a fan since I was a teenager, but I am very fortunate and privileged in that I now work as part-time museum curator at a museum that holds a large and important Arts and Crafts Movement collection and private press library. Working with and studying the output of Morris, his friends and followers has only deepened my appreciation of the man and his work. A few years ago at the museum where I work, a colleague coined a twitter hashtag, #WhatWouldWilliamMorrisSay as part our social media campaign promoting the museum’s Arts and Crafts Movement collection. The hashtag didn’t take off, but the phrase has stayed with me, and I started to ask myself what he would say about the political shenanigans of the past couple of years, and the results dig into Morris’s writing and practice for inspiration.

The blog has nothing to do with my professional life at the museum – these are my own thoughts, interpretations and opinions.

But you might be asking – why a Palace of Memory? There’s a story about that. Once, a poet called Simonides was declaiming a praise-poem to his host, Scopas of Thessaly, and, as was the custom, he praised a couple of gods as well, Castor and Pollux, the gods of boxing, at which Scopas excelled. Scopas, however, was offended, and when it came time to pay Simonides his fee, he declared that he would give the poet half – and Simonides should ask the gods for the rest! A little while after, Simonides was asked to go outside, as there were two young men there asking for him. Simonides went, but there was no one there. As he stood there scratching his head, there was a rumbling in the earth and suddenly an earthquake struck, shaking the hall to the ground and crushing all inside. Simonides realised that the two young men must have been Castor and Pollux, and he was grateful, but his role wasn’t over yet. When the rescuers came, no one was recognisable, but the poet had memorised everyone’s position in the hall and was thus able to identify who was who. He realised that this was a good training for the memory, and a memory training exercise was developed to help poets and orators from this – a tool used by storytellers like me to this day. To me, the past is a palace of wonders, elusive, untrustworthy, perhaps, no matter how objective we try to me … like memory, unreliable, but ultimately nourishing and to cherish.