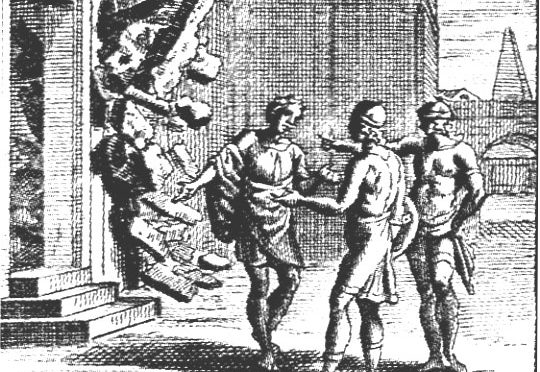 It can be tricky, trying to keep all of the balls in the air. My two blogs, Fire Springs Folk Tales and What Would William Morris Say? have been very quiet of recent months. There are only so many hours in the day, after all, and I was working on a new book – Suffolk Ghost Tales, out later this year, co-authored with Cherry Wilkinson – and various other projects (a course to plan, storytelling shows to perform, an exhibition to put on) all converged on the same time and so I was stuck!

So, I’ve decided to change tack and combine my two blogs into one – this one.  It looks much the same as the Fire Springs Folk Tales blog – and features one of Katherine Soutar’s wonderful cover designs as the header image, the green girl from Suffolk Folk Tales. It contains all the content from both blogs, so you can still find all the folk tale, storytelling and William Morris related goodies in here, but all together.

I hope you enjoy the new, updated blog!

Those of you familiar with me will see that I’ve given it a title similar to that of my website: Stories from the Palace of Memory. Well, why?

There’s a story about that, of course. Once, a poet called Simonides was declaiming a praise-poem to his host, Scopas of Thessaly, and, as was the custom, he praised a couple of gods as well, Castor and Pollux, the gods of boxing, at which Scopas excelled. Scopas, however, was offended, and when it came time to pay Simonides his fee, he declared that he would give the poet half – and Simonides should ask the gods for the rest!

A little while after, Simonides was asked to go outside, as there were two young men there asking for him. Simonides went, but there was no one there. As he stood there scratching his head, there was a rumbling in the earth and suddenly an earthquake struck, shaking the hall to the ground and crushing all inside. Simonides realised that the two young men must have been Castor and Pollux, and he was grateful, but his role wasn’t over yet. When the rescuers came to clear away the rubble, none of the dinner guests was recognisable, but the poet had memorised everyone’s position in the hall and was thus able to identify who was who.

Simonides, evidently a practical chap,  realised that this was a good training for the memory. He developed a memory training exercise from this, using visual locuses as an aid to memory. Poets and orators – and storytellers – have used it to this day.

To me, the past is a palace of wonders, elusive, untrustworthy, perhaps, no matter how objective we try to me … like memory, unreliable, but ultimately nourishing and there to be cherished and preserved as best our fallible human nature can allow.